Indradyumna Swami posted the letter by Srila Prabhupada to Kirtananda as below: 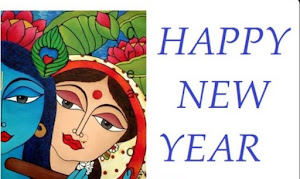 A Parade In Honor Of The Bhagavatam

On the invitation of Pundarik Goswami of the Radha Raman temple in Vrindavan, Indradyumna Swami and several devotees journeyed to Nathdwar in Rajasthan for a festival program. After taking darshan of the famous deity of Sri Nathji they participated in a parade, along with several marching bands, through the city in glorification of the Srimad Bhagavatam. The sacred book was respectfully carried on the heads of several devotees along the way. Throughout the route people came out of their homes, offices or stores and threw rose petals on the Bhagavatam. When the parade concluded there were discussions on the Bhagvatam in a large tent which were attended by many thousands of people. That evening Indradyumna Swami’s Russian disciple, Vrindarani dasi, performed Odissi dance for the large crowd. People were amazed by her talent. Afterwards many people came up to Him and complimented Srila Prabhupada and the work he did in spreading Krsna consciousness around the world. All glories to His Divine Grace Srila Prabhupada!
View the Album and comments on Facebook
December 25, 2017

Indradyumna Swami and several devotees spent Christmas in Jaipur visiting various temples of the Lord. He perceived it to be a fitting way to respect such a day which is so dear to his Christian brothers and sisters. The devotees were particularly touched to see the mood of devotion in the eyes of of the residents of Jaipur as they took darshan of Radha Govinda in the main temple of the city. 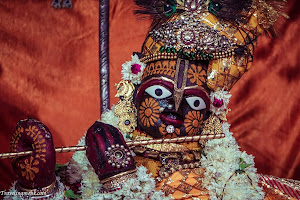