This amazing retreat will be from May 23-26, 2014 in Boone, North Carolina. Early bird discounts for registration are available only till December 31, 2013! 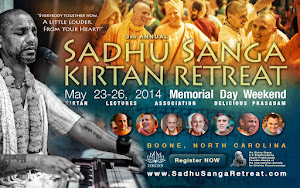 Dear Devotees: Thank you so much for your prayers for my recovery. I also appreciate the many messages and emails I am receiving. They are giving me a lot of strength. I want to update you on my present condition. Ecoli Septicemina is a serious illness than can be deadly if not treated promptly. Fortunately I was admitted to the hospital on time. Presently my white blood cell count ( which is an indication of the body’s response to an infection ) is beginning to come down. This shows that the immune system of my body is fighting the bugs that are causing Septicemia effectively. My body temperature is also beginning to trend downward indicating that the infection is abating. However, there are still spikes in my temperature, but these are intermediate. If my temperature stays down for a period of 48 hours the doctors with probably discharge me. The doctors are still awaiting the sensitivity results of the bacteria in order to determine exactly which antibiotics will be most effective. These results will most likely be available tomorrow. I will keep you updated. I am ever grateful for your care and concern.

December 13,2013
The prayers of many devotees contributed to my overcoming a recent illness. The following is a prayer by Todarananda, a medieval Vaisnava king and famous ayurvedic doctor from South India. The prayer addresses the Lord ( and His cowherd boys ) to protect the patient by blessing the doctors who are treating him. Devotees may want to use this prayer when their loved ones fall ill.

“May Lord Krishna, who transmitted the knowledge of Brahman while playing His flute prior to His pastimes, who is the knower of the essence of the Vedas and the maintainer of His devotees and the shelterless, along with His cowherd boys bless the doctors of [ patient’s name ] for his protection.” “One must make it a daily routine to chant for an hour in the company of saintly Vaisnavas in a sacred, undisturbed place. Noting the Vaisnavas devotional attitude and their relish for the holy names, the neophyte should emulate this mood and gradually rid himself of all apathy while chanting. Step by step, he should focus his mind on the repetition of the holy names. By such constant chanting the sweetness of the holy names will make him anxious to taste more and more nectar. 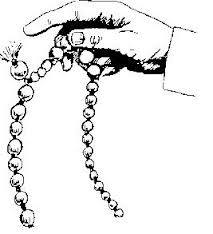 From the pen of Srila Bhaktivinode Thakur:

“Srila Haridasa Thakur advised that we concentrate deeply on the holy names of Krishna. Lord Caitanya’s teachings on this matter are found in the Caitanya Bhagavata, Madhya 23.650 where it is stated: “Hare Krishna Hare Krishna Krishna Krishna Hare Hare, Hare Rama Hare Rama Rama Rama Hare Hare. The Lord said: ‘This is the maha-mantra. Go now and do your japa meditation chanting these holy names a prescribed number of times each day. In this way you will achieve perfection in chanting. Chant the holy name constantly. There are no hard and fast rules for chanting.'” 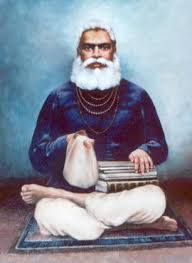