Dear disciples: Our opening address to all devotees serving in Krsna’s Village of Peace at the great Woodstock festival here in Poland is now available on: www.narottam.com. It is entitled: “The Asvamedha Sacrifice”.

Lord Jagannath gave His first blessings at Polish Woodstock [ Pol’and’Rock ] this afternoon as His chariot, pulled by hundreds of people, crisscrossed the festival field for hours. Tens of thousands of people saw His transcendental form and heard the chanting of His holy names. We have 4 more days of the same ecstatic Ratha Yatra parade this week. The bliss is flowing! 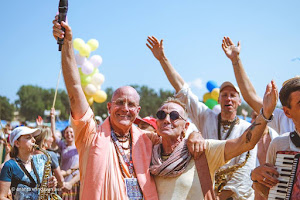 Yesterday a small contingent of priests and nuns visited our village at Woodstock [ Pol’and’Rock ]. I welcomed them and we had a pleasant conversation about spirituality. When I shared with them my deep respect for Jesus Christ and how I often quote the Bible in my lectures one of the older nuns put her hand on my head and blessed me. She invited me to visit her nunnery in southern Poland – an invitation I may well take up. 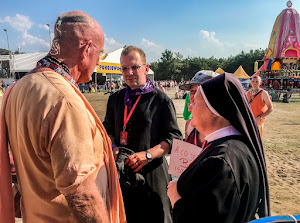 In this video we see the buildup to this year’s Poland’and’Rock festival, formally known as Polish Woodstock. Krsna’s Village of Peace plays an important part of the event. The sheer numbers of people who come to our village attests to that! We plan to distribute 150,000 full plates of prasadam in 72 hours! 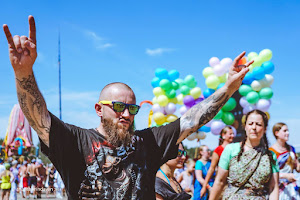 August 6, 2018: Woodstock 2018
The great Woodstock Festival is over. Ananta Vrindavan das is working on a full video of the event. It’s going to be a good one! The rest of us are taking it easy for 2 days before we continue our programs along the Baltic Sea coast. Myself, I am laying on my bed feeling a deep sense of separation from the great yajna we all performed at Woodstock / Pol’and’Rock. The mercy was flowing everywhere! 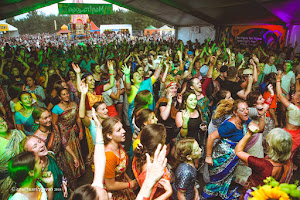 “The fortunate town of Navadwip remains on the earth. The seashore remains. The city of Jagannatha Puri remains. The holy names of Krsna remain. But, Alas, Alas! I do not see anywhere the same kind of festival of pure love for Lord Hari as before. O Lord Caitanya, O ocean of mercy, will I ever see your transcendental glory again?”

Krsna’s Village of Peace at this year’s Woodstock festival – renamed Pol’and’Rock – exceeded all our expectations. Tens of thousands of youth came through, 150,000 plates of prasadam were distributed, Ratha Yatra went on four days in a row and kirtan was roaring 11 hours a day in the Mantra Yoga tent. We couldn’t ask for more. Our only request is that we may continue to serve Srila Prabhupada in the same way for many years to come.

The title of this short video is First Impressions. There is a saying that “first impressions are the most important.” A well organised, colorful, musical, devotional and blissful harinam is a great way to introduce people for the first time to Krsna consciousness. It creats a very favorable impression that encourages people to inquire further. It is said that Lord Caitanya’s samkirtan movement will continue to grow for 10,000 years. No doubt, much of that will be due to the original formula of taking the chanting of the holy names to the streets. 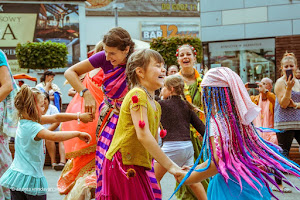 When inaugurating the samkirtan movement 500 years ago Lord Caitanya Mahaprabhu introduced chanting the holy names and dancing in ecstasy. His followers have continued with the same formula down to the present day. The potency of such kirtan is that often those who have never seen devotees before immediately join in and sing and dance in great happiness. All glories to Sri Caitanya Mahaprabhu!

A few shots of our last festivals as we end the summer on the Baltic Sea coast here in Poland. Not sure what life will be like after the tour! Ananta Vrindavan has promised one more video 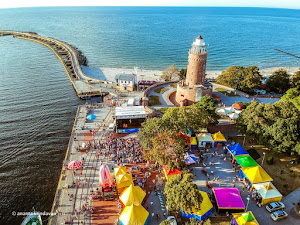 Our yearly Festival of India in Poland allows people to experience the wonderful world of Krsna consciousness in a variety of ways. Through music, dance, theater, prasadam, seminars and more, our guests are introduced to a culture that exists eternally in the spiritual sky. A culture where every step is a dance, every word is a song and blissful festivals are a daily affair.